In weeks 6, 7 or 8, it is common to feel one or more signs that you are pregnant. It is also common to experience some bleeding.

What’s happening to the mother?

Common symptoms of pregnancy during these weeks are

It is also common to feel nauseous, dizzy and tired. Making sure you get enough fluids, food, sleep and rest can help to relieve discomfort.
Your digestion often slows down, and you start to feel fuller sooner when you eat. Some women also feel bloated.

Bleeding is common during the early stages of pregnancy, even if the pregnancy is developing normally. If you experience painful bleeding, it is recommended that you contact your GP or midwife.

Development of the fetus

Organs such as the liver, lungs, pancreas and thyroid gland develop during these weeks, and a chamber forms in the heart. The heart fills the entire chest cavity and the stomach is a fluid-filled cavity in the abdominal area.

Upper arms and forearms develop and grow, and the fingers and toes also start to form. The intestinal system is formed, and the umbilical cord develops. The vertebrae have closed and the ribs on the back begin to grow.

From this period onwards, the fetus starts to resemble a human being. On the baby’s face, you will be able to see the early stages of the development of the tip of the nose, the eyelids and the upper lip, as well as the first signs of an opening for the mouth. The chin is also starting to take shape. The lenses in the eyes have started to form, but it will be a while before the eyes are fully formed.

During week 8 of pregnancy, the length from the head to the buttocks is approximately 22 millimetres.

All pregnant women are entitled to antenatal care. The service is free and intended to ensure that you receive the best possible care and guidance during and after your pregnancy. 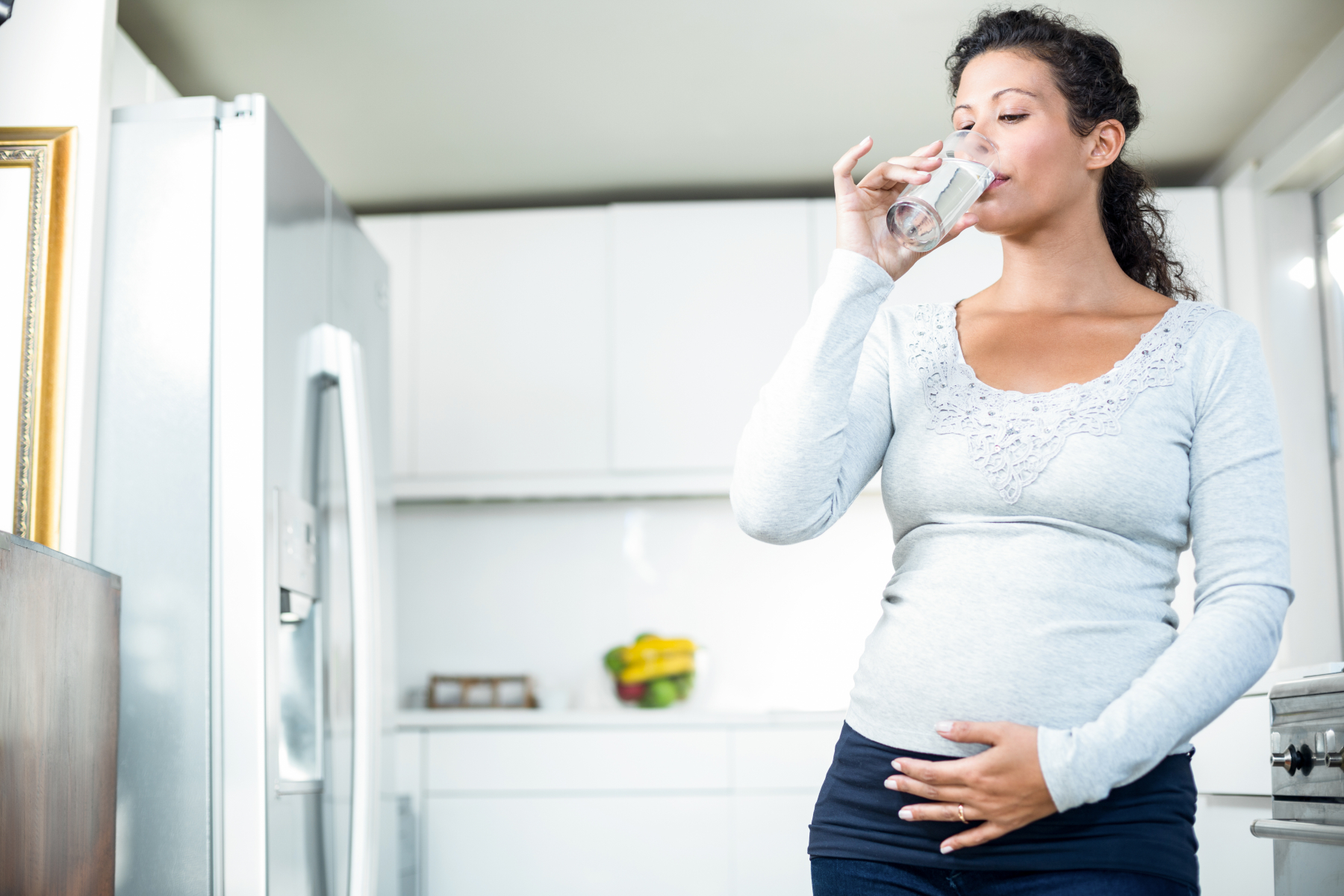 If you experienced gestational nausea, you may find that this has gradually disappeared by now. The foetus begins to resemble a human being and all organs have started to form.

Tips for pregnant women on how to monitor your baby’s movements. Information in Arabic, English, Norwegian, Polish, Somali, Spanish, Tigrinya and Urdu.

Information about pregnancy, childbirth and the postnatal period in Arabic, English, Farsi, French, Norwegian, Polish, Somali, Tigrinya and Turkish aimed at immigrants and others with a short period of residence.